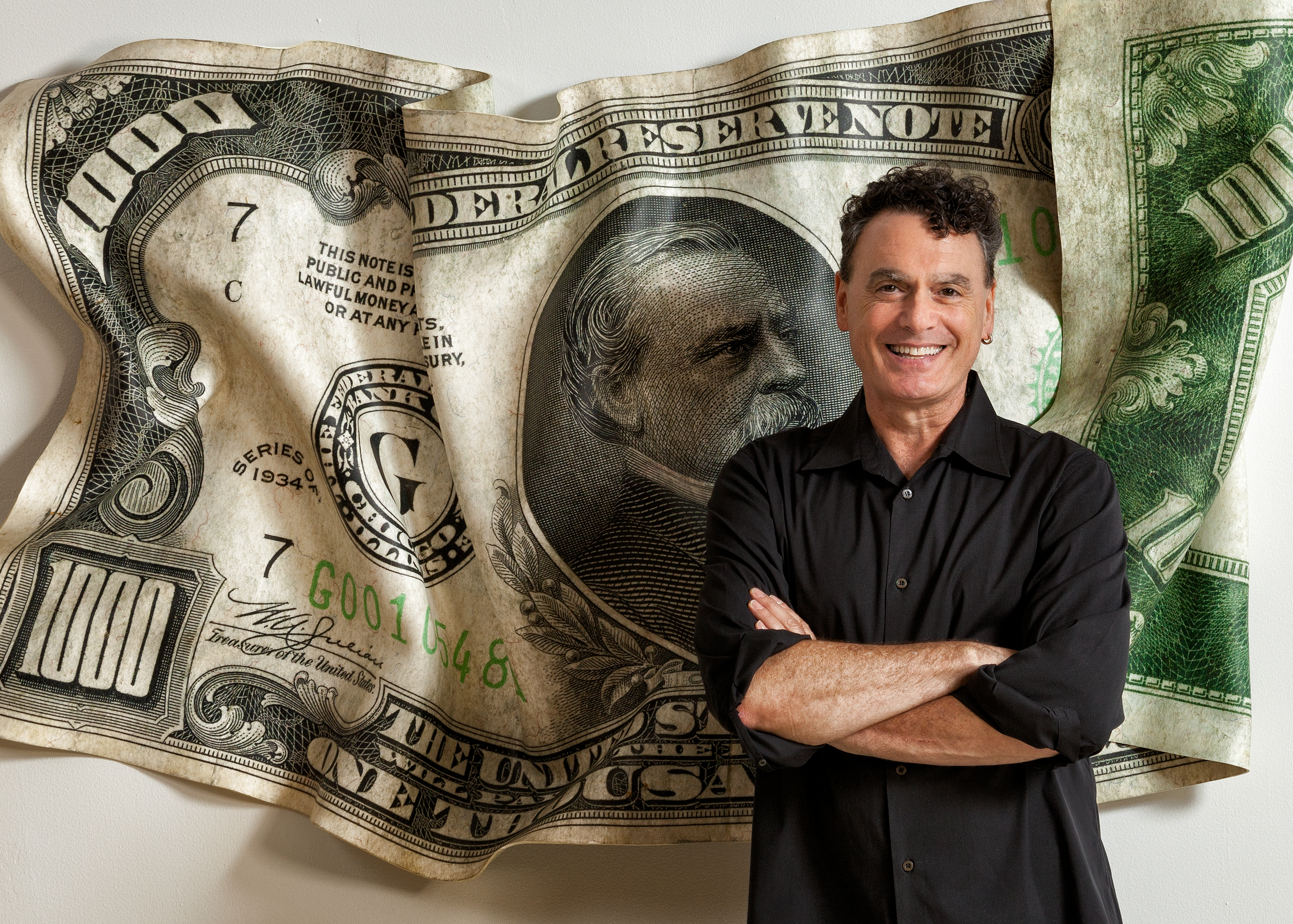 Paul Rousso is an American-born visual artist and innovator. Educated at the California College of the Arts, his work is shown at galleries and art fairs around the globe.

A prodigious perfectionist, his technique has leapt into the future, as his vision and imagination merge to embrace new conceptual and physical technology the moment they appear on the horizon. The artist lives his context and vehemently pursues his objective.

Rousso relentlessly excels at his efforts to evolve as an artist who will put forth an enduring impact on subsequent generations with his life’s work, “Flat Depth.” This concept, which he has been refining his entire professional career, is the logical progression of modern art - to render a flat object three-dimensional, or to collapse a three-dimensional object into two dimensions - and is a fusion of countless complex artistic methods, including painting, printing, sculpting, welding, chemistry, digital manipulation and digital printing.

A student of both pop-art and deep classical culture, as well as the vast interceding spectrum, Rousso endeavors to express his commentary on the human condition while physically, psychically and temporally committing his entire life to the imaginative evolution of his visual artistry. Toward that end, his creative processes are linear and complex, with many pieces developing simultaneously, and painstakingly. 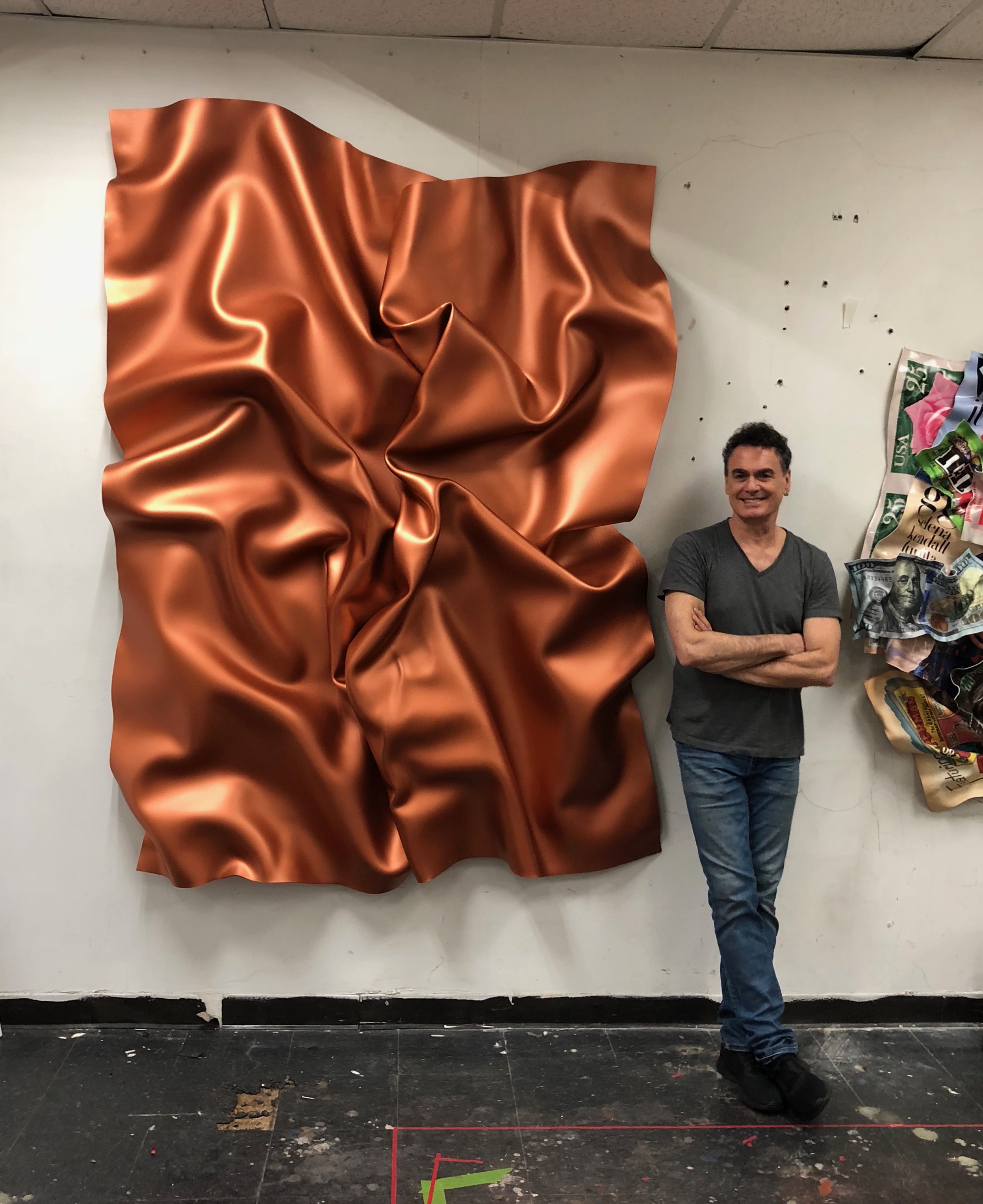 His first summer job - designing the Tribeca loft of Robert De Niro - combined with stints as a Hollywood scenic artist and a brief career steeped in the cosmetics industry as an art director at Grey Advertising on the Revlon account, lend a wry touch to the social commentary woven through his work, and his vast and encompassing worldview flavors everything he creates.

Rousso’s work is held in private collections over North America, Europe, the Middle East and beyond, and numerous public projects of his appear across the United States.

Raised in North Carolina, Rousso traces his inspiration to the paradoxes of the world around him and the work of the artists who began the conversation, as well as every artist through time who has advanced the subject or the art form. His work is deliberately attainable to nearly every viewer, and yet his classical training shines through as time-honored artistic conventions are woven through his work.

Rousso's fascination with paper - currency, advertising, newspapers, magazines - its history and use, its rise and fall, is an emblematic theme reflected frequently in his compositions. Despite the complexity of Rousso's artistic output, the character and subject matter of the art is relatable to all citizens of the world, so much so that it practically jumps off the wall, and straight into the viewer's gestalt.